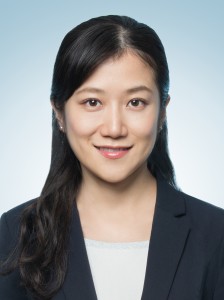 Dr Vera Chung qualified in 2003 from the University of Hong Kong. She was trained as urologist in Queen Elizabeth Hospital and obtained Fellowship of Royal College of Surgeons of Edinburgh in 2011. She was promoted to Associate Consultant in Pamela Youde Nethersole Eastern Hospital in 2012. From 2013 to 2015 she has completed two-year European Board of Urology (EBU) Fellowship in endourology and laparoscopy at Nuffield Department of Surgical Sciences, University of Oxford. In Oxford, she also consolidated her training in the management of continence and prolapse problems in the Department of Gynaecology. She joined Hong Kong Urology Clinic in January 2016.

Apart from special interests in endourology, laparoscopic surgery and female urology, Vera also maintains her interest in research and association with academic institutions. During the fellowship she has conducted several research projects in collaboration with Weatherall Institute of Molecular Medicine, University of Oxford. Her research project was on the pathophysiology of kidney stone disease using Drosophila as genetic model. She is an active member of European Association of Urology and has presented in many international conferences including annual European Association of Urology Congress, World Congress of Endourology and International Meetings of Challenges in Endourology and Functional urology. She was awarded “Best Original Research” by Hong Kong Academic of Medicine in 2009. In recent years, she has published a number of original articles in the “Surgical Practice”, “Hong Kong Medical Journal” and “Urolithiasis” as first author. She is also invited as reviewer for several scientific journals.