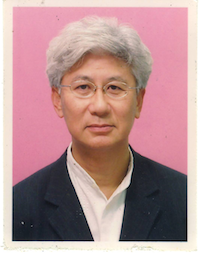 Dr K K Wong obtained his medical degree from the University of Hong Kong in 1971. He obtained the fellowship of the Royal Australasian College of Surgeons in 1978. He received his post-graduate training in Urology in University of Oxford and the Middlesex Hospital of the United Kingdom in 1980. He trained further at the University of the Royal Alfred Hospital in Australia in 1981. He became the Foundation Fellow in Surgery of the Hong Kong Medical Academy in Medicine in 1993.Dr. Wong had worked and taught in Hong Kong University, Department of Surgery from 1972 to 1984. He was then surgeon-in-charge of Urology Unit before taking up the post of Consultant Surgeon of Queen Mary Hospital, In-charge of Hong Kong Island in 1984. He left Queen Mary Hospital in 1989 but remained as Honorary Clinical Associate Professor of Department of Surgery, University of Hong Kong. He is now the visiting Consultant of Hong Kong Sanatorium & Hospital, St. Paul’s Hospital, Adventist Hospital, Canossa Hospital and Matilda Hospital. He has served as elected council members of the Hong Kong Medical Council, Hong Kong Academy of Medicine and Urology Board of the Hong Kong College of Surgeons.